Partnering with Desperados allowed us to take 'The Life of the Party' to a whole new level.

The widely-publicised Desperados House Party was huge! From being served by an eight-legged octopus to being greeted by grannies at the door, this party had it all. EventsTag was approached by Jack Morton and Media Monks to help with the content creation in the live party environment.

We created an activation where Desperados fans could get strapped into a disco ball and hoisted above the crowds of dancing people so that they had the best view in the house!

Using our powerful photo booth software, we took personalised content to an immersive, 3D level; a really unique take away from an unforgettable event. 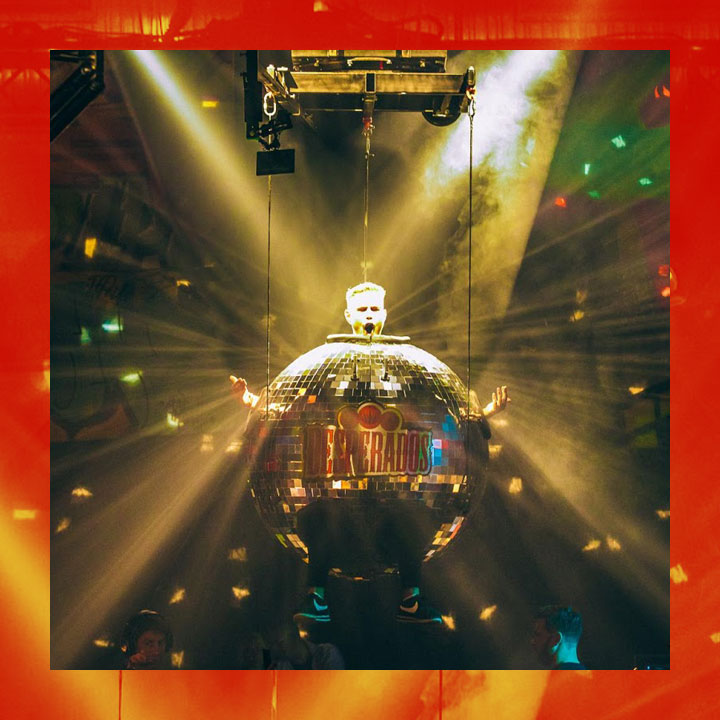 The brands We Are Interact and EventsTag are officially merging under the brand Xi.

Our in-house technology platform and team all remain the same and we look forward to creating more world-class interactive experiences with you.